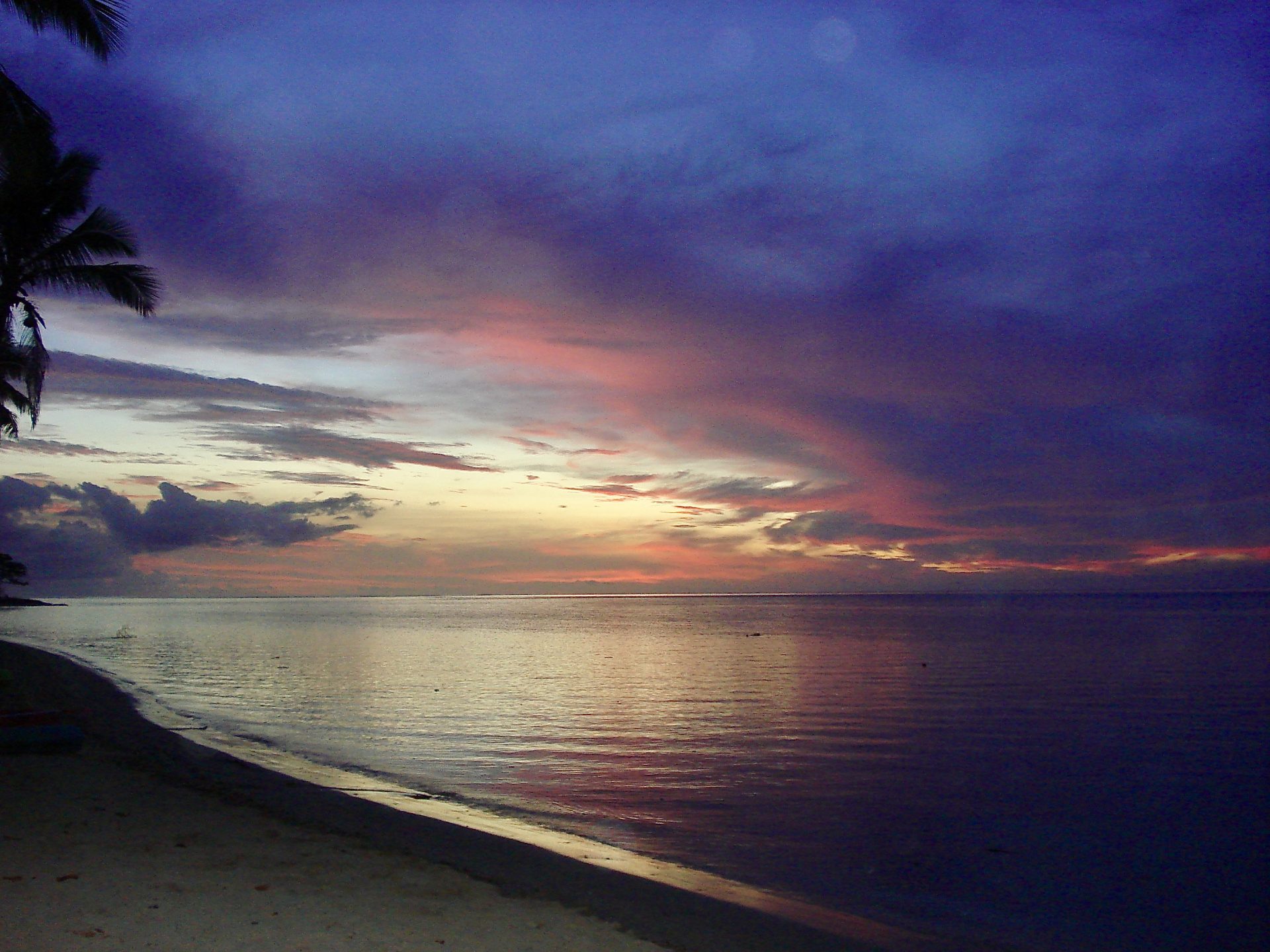 My 14days on Fiji were obviously (at least for me) spent almost entirely on islands chilling around, bathing and sunbathing.

The Republic of the Fiji Islands is made up of about 333 islands (only about 105 permanently inhabited) and was formed mainly through volcanic activities which started around 150 million of years ago. The two major islands, Viti Levu and Vanua Levu are home to around 87% of the population. The country gained independence from the United Kingdom in 1970. Since then Fiji has seen four coups – the most recent one in 2006. Suva is the largest urban area in the South Pacific outside Australia and New Zealand. It is also Fiji´s political and administrative capital and home to almost half the population. The population is made by approx. 52% Indigenous Fijians.

Fiji´s culture is a rich mosaic of indigenous, Indian, Chinese and European traditions. Fijian is an Austronesian language of the Malayo- Polynesian. Less than half the population speak it as a first language. Among with English and Fiji Hindi it is the official language.

Sacred Island of Likuri & some culture

My favourite stop was the sacred island of Likuri also known as Robinson Crusoe Island. I liked it so much that I decided to go back for my last 3 days on Fiji.

The history of this island dates back 3500 years when the first Polynesians landed with their canoes on the shore of the Fiji Islands. Almost 500years later the next wave of people landed, these were Melanesians.

Today the indigenous Fijians are descendants from a mix of the two cultures – Polynesians and Melanesians. Likuri island was used for traditional ceremonies and chiefly gatherings – it was mostly used for the chief´s pleasure. Only recently it was opened to tourism thanks to the high chief: Ka Levu Tui Nadroga & his family.

On this island I experienced the Island Bure which is a typical wood and straw hut.

Back to basic cold-water bucket shower

I even experienced the “Back to basic cold-water bucket shower” (this is the way they used to call it). The water is brought on the island in 20lt containers. What you need to do is fill in a bucket (releasing the rope in order to lower the bucket) and pour the water in the bucket you find in the shower. You need to raise the rope & secure it on the hook provided and you are ready to take a shower

On Likuri I also gave it a go with the ancient craft of weaving a basket for which they normally use woven or pandanus leaf.

When we arrived on the island we were welcomed by the Meke performance which embraces traditional songs and dance to tell legends, love stories & history.

The Yaqona, also known around the Pacific as ‘kava’, which is Fiji’s national drink prepared from a type of pepper plant (Piper methysticum) carries a key role in formal ceremonies.

This is the way I experienced it: we all sat cross- legged in a circle facing the chief and the Tanoa (large wooden bowl) – we had to clap once, accept the bula, say “bula” and drink it in a single draft. After drinking you need to clap 3 times which is a sign of gratification.

Kava looks a bit like muddy water and tastes like anything else I have tried before. It is said they have medicinal qualities.

The Fijian lovo – underground oven cooking was another interesting and delicious experience. It is a pit in the ground which captures heat allowing to bake, cook, smoke or steam food. This art of cooking is still used particularly on special occasions. The food is wrapped in banana leaves and the process can last a full day.

In the evening they perform a historical pacific culture dance show featuring fire and knife dancers.

On a half day trip, we went to a nearby school which we visited and in which we spent time with the kids playing, talking and dancing around. It is amazing how these kids laugh and play around with literally nothing compared to European kids. They had such gorgeous smiles and loved to play clapping hands or jumping around. This experience is something I will never forget.

After Likuri I decided to go on 3 of the Yasawa Group Islands. The Yasawa Group is an archipelago of about 20 volcanic islands. It consists of 6 main islands. Most of the people live in small isolated villages and have their own dialect which is known as Vuda. The Yasawa stretch for around 90km forming a line within the Great Sea Reef. The British navigator William Bligh was the first European to sight the Islands in 1789, after that Captain Barber visited the islands in 1794 but they were not charted until 1840 by Charles Wilkes. The islands become important during the World War II because they were used by the US military as communications outposts.

As said before I went to Fiji to chill out after having worked 6 months in a café in Western Australia therefore I haven´t done a lot despite sunbathing, snorkelling and swimming. Apart from that I did some hikes.

The first one was Matacawalevu island – a 4km- long hilly volcanic island. I hiked up to the Goat Island Scenic Lookout from where I had gorgeous views of the islands.

The second one was Waya Lailai (also known as Wayasewa) from where I could see the Waya island which is connected by a 200m long sand spit exposed at low tide.

The third Island was Nacula Island which is the third largest of the Group –its gorgeous beaches and crystalline water made me decide to spend my days chilling and snorkeling. 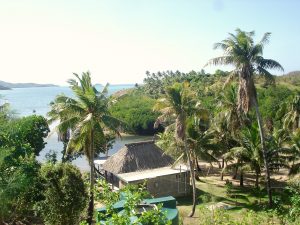