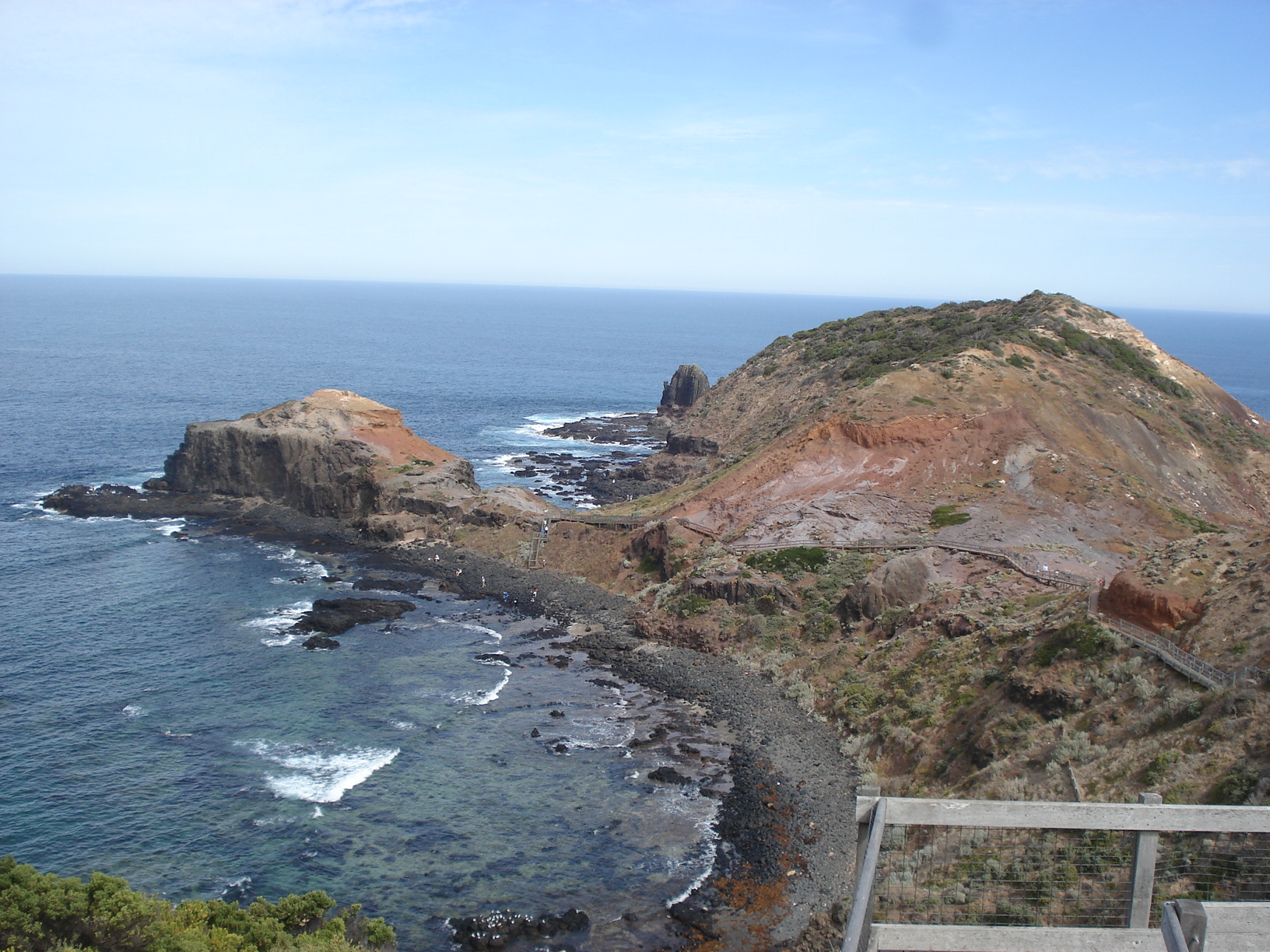 After a couple of days in Melbourne we decided to hire a car for 4 days to visit the surrounding areas of Melbourne.

French Island and its National Park was our first stop.  This island is isolated and undeveloped and can be reached via ferry. To discover the island, we decided to hire bikes. Discovered in April 1802 by a French expedition from the ship “Le Naturaliste” it was first settled by William and John Gardner in 1847. It is twice the size of Phillip Island and by the time I visited it just 60 people were living there. French Island has a rich Fauna and flora with over 580 Flora species including 100 orchids, over 230 species of birds, 10 species of mammals, 12 of reptiles and 10 species of frogs. We spent around 4 hours exploring the island which for us was enough but please consider that I visited the area in 2008 and that therefore things may have changed and maybe it is worth staying overnight in one of the campgrounds of the island.

Phillip Island probably known from almost all of you for the Phillip Island Grand Prix Circuit opened in 1956. Nowadays it is used for the Superbike World Championship, the Moto GP Championship, the V8 Supercars Championship and the Australian Drivers’ Championship. Phillip Island which is 26 km long and 9 km wide, was originally settled by the Boonwurrung people who came here for the abundance of seafood and short-tailed shearwaters. We reached the island thanks to the bridge that connects Sanremo (mainland) to Newhaven (on island). You can also reach the island via bus from Melbourne or via Ferry if you are on the Mornington Peninsula or on French Island. 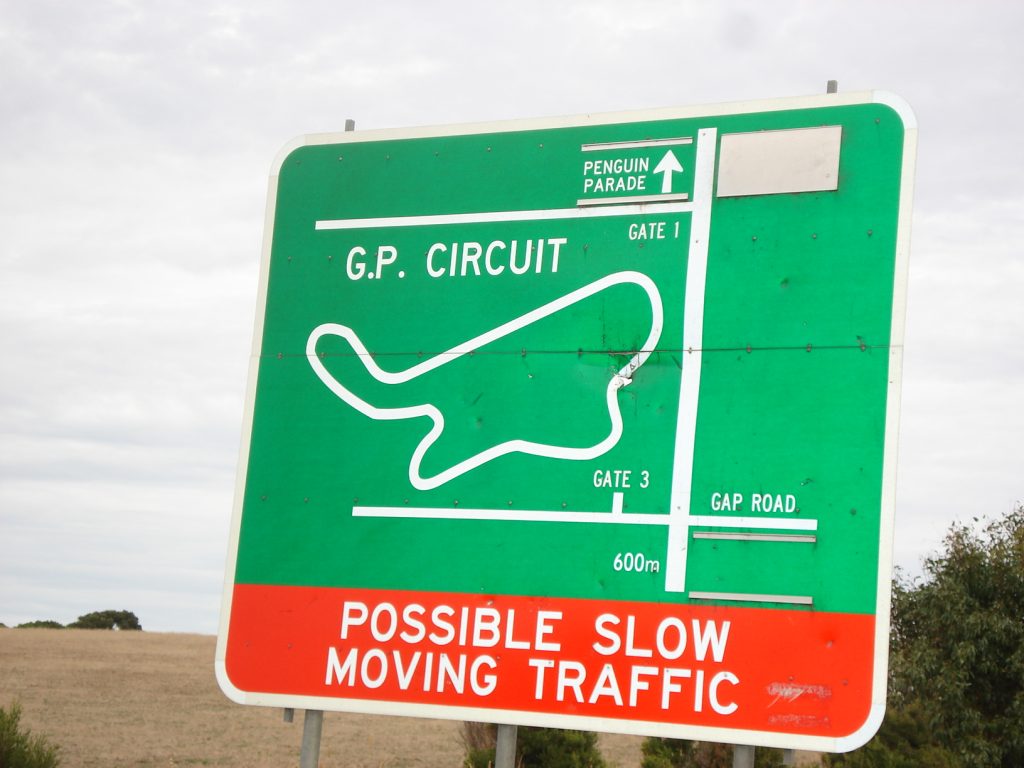 Swan Lake is another interesting place to stop. I have learned that this lake was very important for the Boonwurrung people because of the abundance of food and of plants (medicine) of this area. This area is home of numerous birds such as the black swan and many more – if you are interested in bird watching you should not miss the Swan Lake Trail (1.3km trail – about 40 min. return) which starts from the car park on Ventnor Road.

Phillip Island is also very famous for the sunset Penguin Parade which consists in seeing the world´s smallest penguin ( 33cm tall and weigh around one kilogram) emerging from the ocean and crossing the beach to their sand dune burrows. Little Penguins spend around 80% of their lives in the sea looking for food and return to their burrows to breed, raise chicks and moult. Adults are the only penguins in the world to have blue back and white stomach feathers instead of black back and white stomach feathers. The colors of their feathers help to camouflage against predators flying above or swimming underneath them. Little Penguins are one of the 18 world species of Penguins – all of them live in the southern hemisphere. Some other interesting facts are that they lay two eggs and that both female and male take turns to incubate them (incubation period takes around 35days) and to feed them. Chicks enter the sea for the first time between week 7 to 11.
Please be aware that we are talking about wild animals in their natural environment so please you need to respect them by not disturbing them for example yelling, running or jumping around. In my opinion this is a lovely way to see these gorgeous little animals but as said before only if we DO RESPECT THEM! The parade lasts around 50minutes from the time penguins first cross the beach, but you should arrive 15minutes before. There is no shelter and it can get chilly therefore bring some warm cloth with you. If you have time and are interested to learn a bit more about these animals I do strongly advise to arrive a bit earlier in order to be able to have a look at the displays that can be found in the Visitor Centre or watch the audio visual in the theatrette which explains the daily ritual and seasonal changes of the Little Penguin. We read that the Penguin Parade began in the 1920s some resident opened Summerland Beach for the first organized viewing of the penguins. It wasn´t until the 1960s that fences and viewing platform were built to protect the Little Penguins and their environment from tourists. 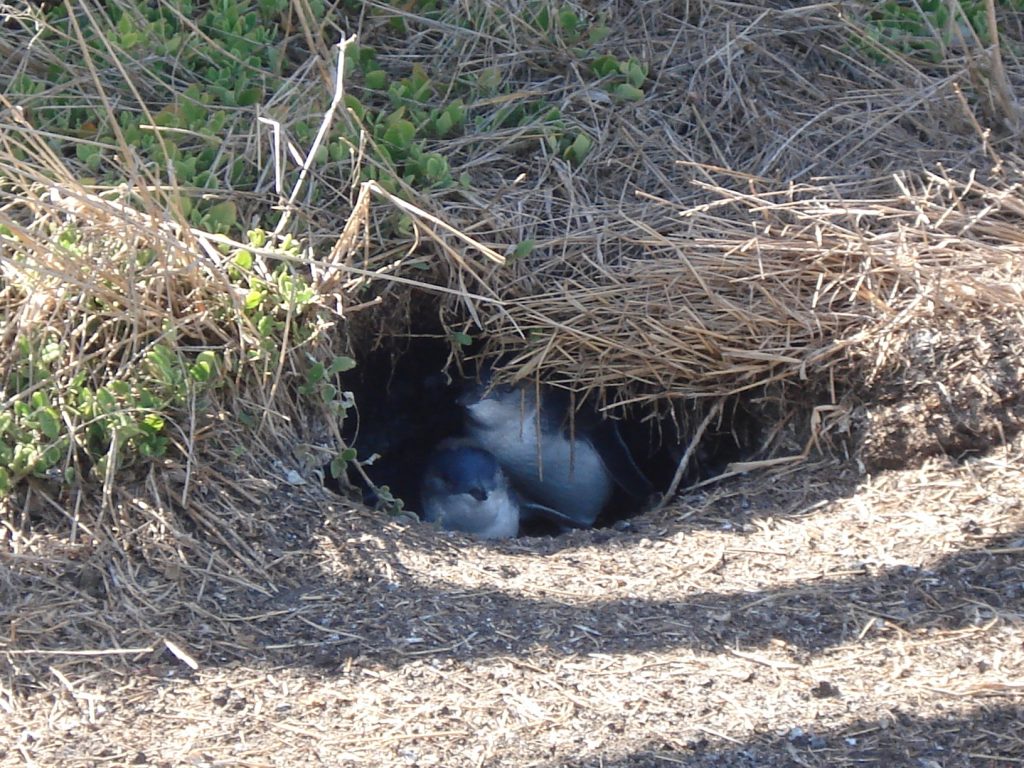 The day after we reached the Nobbies which can be found at the extreme southwestern tip of the island. We took a walk on the boardwalk around the Nobbies to admire this gorgeous area and have a look at the thundering blowhole. After that we took a wildlife cruise to get close to Seal Rock which is home to Australia´s largest colony of fur seals which we were told can be seen all year around but especially during the breeding season that last from October to December. Very interesting to know is that these mammals are the world´s largest fur seals (bulls = mature male can grow to max 250cm and weight up to 360kg while cows= mature female can grow to max 125cm and weigh up to 110kg) They have a streamlined and well insulated body and can dive up to 200m staying underwater for up to 7m. They are excellent hunters and feed mainly of small fish and squid. Seals spend a lot of time resting on land.
Before heading to Cowes we decided to stop at Cowrie Beach which is a gorgeous sandy bay scattered with black basalt rock formations continuously pounded by waves – this area is subjected to rough surf originating from Bass Strait. Please be aware that this beach is home to Fairy penguins and some other more endangered species so there are signs advising which areas can be visited – please stick to it!

Our last stop on Phillip Island was Cape Woolamai which is the highest point on Phillip Island offering spectacular views of both Phillip Island and the surrounding coastline. There is a lovely 8,5km trek around the Phillip Island Nature Park Reserve. The three highlights of this trek are the Cape Woolamai’s old granite, the Beacon which is Phillip Island’s Highest elevation point (at 112m.a.s.l.) and the Pinnacles, formed 360 million years ago through a process of volcanic activity and erosion. The walk takes around 4 hours to be completed. 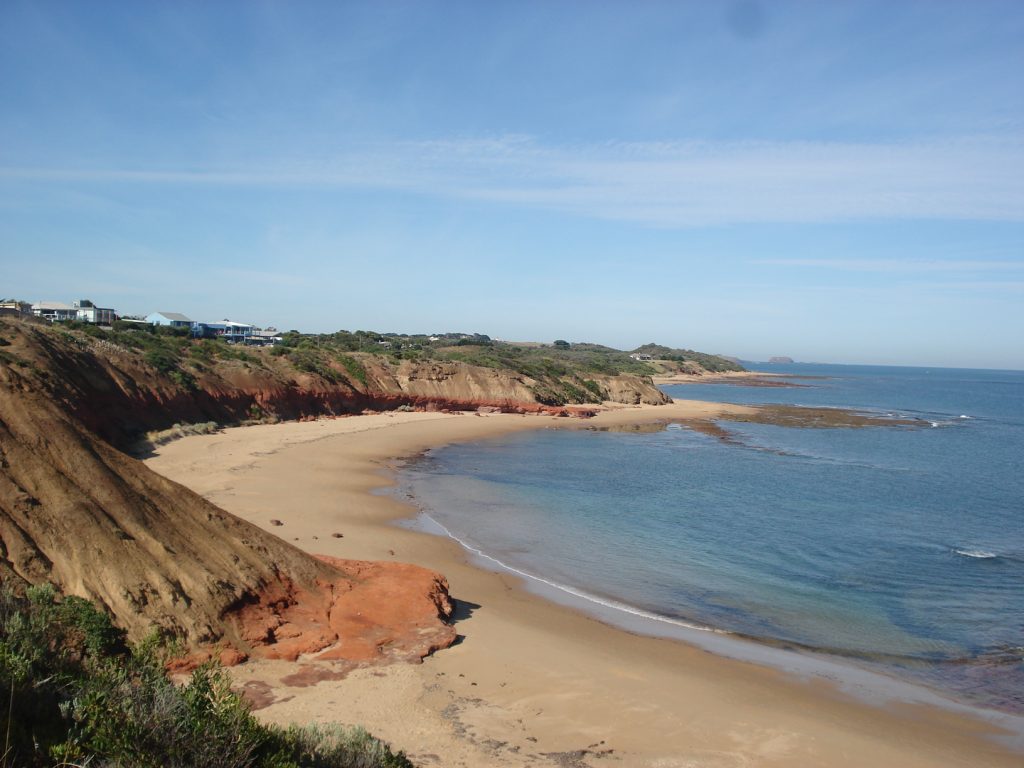 The Mornington Peninsula was our next stop. We decided to stop in Cape Schanck which is the southernmost tip of this area. Cape Schanck was named after Captain John Schank (Schanck is a misspelling of Schank). There are 4 boardwalks to choose from (The Cape, Bushrangers Bay, Fingal Beach and Cape Schanck Lighthouse) – we opted for the Cape walking track which wooden walkways lead you down the black volcanic pebble beach with rock pools and to the Pulpit Rock and the Cape Schanck Lighthouse Trek. Both walks are easy, but I do recommend you take your time to admire this beautiful area. 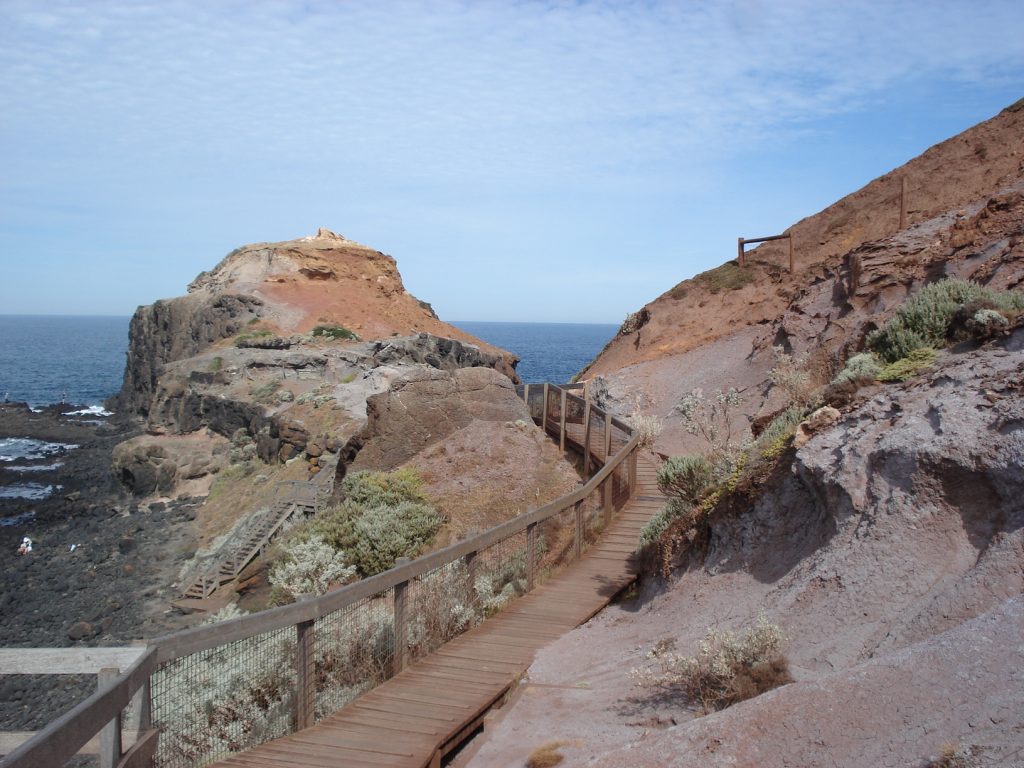 A stop in Sorrento town is recommended – I reckon that this is a very chic little beach town with upmarket boutiques, historic buildings and gourmet bakeries.
Please be aware that the Mornington Peninsula is famous for the vineyards and many wineries are open for public tasting if you wish. Unfortunately, being not a fan of wine, I am not able to tell you more about that.

The Dandenongs was our last stop before heading back – these low mountain ranges can be found just 35km east if Melbourne with Mount Dandenong being the most famous one with an height of 633m. Close to the summit you can find the Sky-High Mount Dandenong restaurant, garden and Maze. From the viewing terrace we were told that on clear days you can even see Geelong