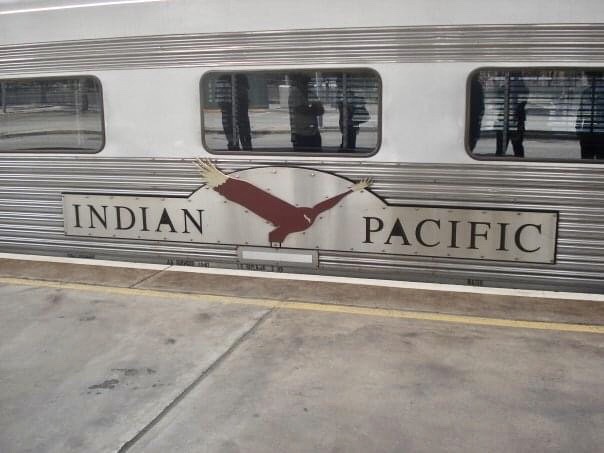 The Indian Pacific (from Perth to Sydney)

When I started reading about Australia to figure out what I wanted to see of this gorgeous and huge country I came across The Indian Pacific train journey which takes 4 days and takes you from coast to coast. Since I started my journey in Perth in September and that I wanted to be in Sydney in December – I decided that this was the way which would get me to Sydney. I remember that when I arrived at the station I felt like being in one of the old movies (to give you an idea “Australia”) were people had to use trains to move around the country.

This journey takes you through mountain ranges, arid deserts and goldfields, through rocky valleys and desert savannahs. With its 4352km it is one of the longest stretches of straight railway in the world. Along the way it stopped in Kalgoorlie, Cook – The Nullarbor, Adelaide and Broken Hill. I booked the Red Kangaroo Service (which was the economic service). I had a recliner lounge style chair and could buy some snacks at the Red Kangaroo Diner. There were other options such as the Twin Sleeper Cabins or the Gold Service which had compact sleeper accommodation, Lounge, Bar and much more. Nowadays the services have changed, and you can choose between Platinum and Gold Service with different options each.

Please be aware that I took this journey in 2007 therefore I won´t be writing you about luggage, fares and timetables because over the past 13 years they may have changed. The only thing that I will tell you is that you can bring your vehicle along. Please be also aware that the stops have changed as well.

I do reckon that the history of how this started is interesting therefore I try to sum it up as much as I can. I read that it all started in the 1890s with the promise of a transcontinental railway to link the west coast (which was isolated) to the east coast (fast growing). I was told that at that time a skeleton rail link existed but the section between Kalgoorlie and Port Augusta was missing (we are talking about ca. 2000km) which took 5 years (1912 – 1917) to be constructed.
The first passenger train departed on October the 25th 1917 but at that time passenger were requested to change trains at least five times during the journey from Sydney to Perth.
It was not until February the 23rd 1970 that the iconic Indian Pacific made his first transcontinental journey 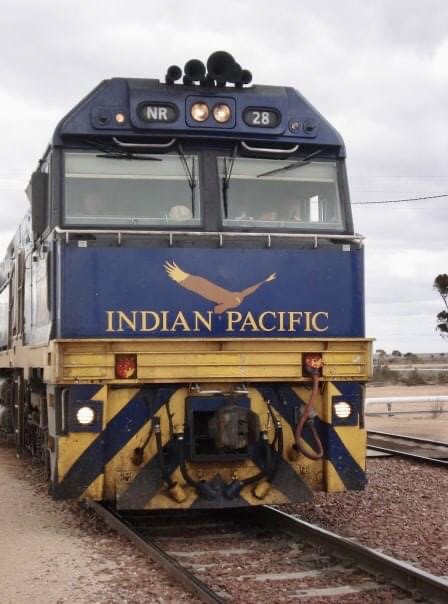 Stops along the way

As told at the beginning of this article the train stops in some places along the way. Please be aware that when I took it – it stopped just for a couple of hours – nowadays it stops longer and tours are organized at each stop – please be also aware that a stop at the Blue Mountains was added as well/ this is optional in fact once arrived in Mt Victoria there are two options the first one will take you to Sydney in a quicker way / the other via the Blue Mountains. I will be talking just about Kalgoorlie, Cook – The Nullarbor and Broken Hill. To read more about Adelaide please read “Darwin to Alice Spring a journey through the Red Centre”. Let´s start with talking about Kalgoorlie, Cook – The Nullarbor.

The Nullarbor Plain joins the west coast to the rest of the civilization with a flat and straight 3900km long stretch of land with town strategically placed about a full tank of petrol´s distance apart (situated between Perth and Adelaide).

Northeast of Perth lies the goldfield township of Kalgoorlie which is rich of old pubs and heritage architecture.

Cook is a railway station and desolate town located in the middle of the Nullarbor Plain which was created in 1917 when the railway was built and named after Joseph Cook (Australia´s sixth Prime Minister). 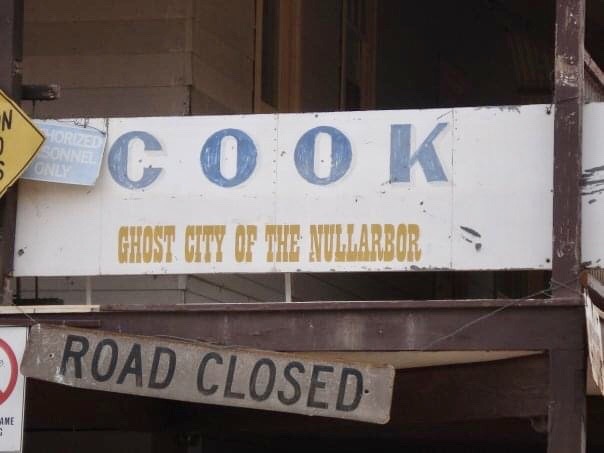 Some hints for you If you plan to drive along this stretch: fill in a tank with petrol – you do not want to run out of petrol during the way. Bring lots of water with you – consider also the unfortunate case of a car breakdown which would mean long hours sitting in the sun waiting for someone to come. If you plan to do this trip please make sure your car is in good shape and bring a spare tire with you. I do suggest you book ahead your overnight stops which is also a good way to let people know where you are.

Broken Hill was founded in 1885 and was nicknamed Silvertown as it had the largest lead, silver and zinc deposits in the world. A lot of mining has moved on after clearing land for all it´s worth and in the process hundreds of lives were lost. In Broken Hill you can also visit the Royal Flying Doctor Base (to read more about it please refer to the article called ” Darwin)

I must admit that it is a long journey, but I liked it and I am happy I did it. I know that at the beginning of this article I wrote that I would have not said anything about the fares, but I was curious and therefore I compared the fares of 2007/2008 with the fares of 2020/2021 – I am happy I did it 13 years ago because now the prices have really gone up. Said that if you happen to have the chance to do it I do recommend it because it is something different.

Please be aware that there is also another iconic train called “The Ghan” which will take you from Adelaide to Darwin or vice versa stopping in Alice Springs and Katherine – this journey takes 3 days.